A little over a week ago, Mom and her lovely neighbor went to pick Lyn up from day hab.  While they were there, Mom announced to the staff that Lyn would not be at day hab on for three days because she was going to Disneyland. 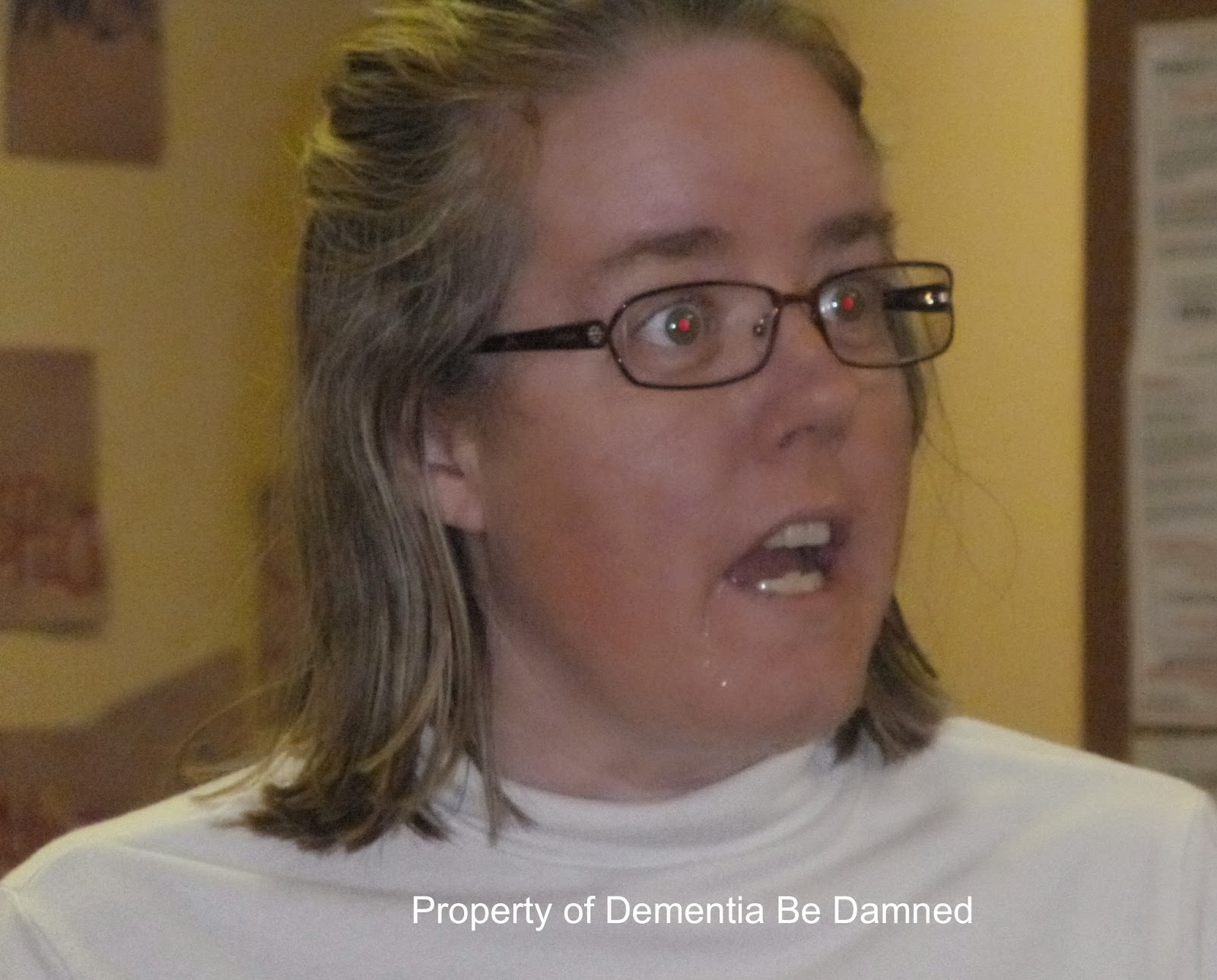 As Mom was talking, her lovely neighbor was ready with the camera to snap a picture of the moment Lyn realized what was being said.  Lyn was immediately excited and expressed regret that some of the day hab staff were unavailable to share in the good news right then.

Mom and I had planned this for a couple of months.  I had a work conference scheduled there in Anaheim and could arrange an extra day there to spend some time with them.  Mom and Lyn could fly in and have a vacation that they both have wanted for a very long time.  My conference turned out to be a great excuse.

The next morning, they flew to California and took a shuttle to their hotel.  Lyn, at that point, still thought the surprise was just for the two of them.  She knew I was away at a conference but had not realized my conference was in California or that I had arranged to meet up with them.  My flight into LAX from the East Coast actually placed me there several hours before their arrival.  When they arrived, Mom called to tell me and included "We'll talk to you in a few days."  That call allowed me to meet them at the lobby of their hotel. 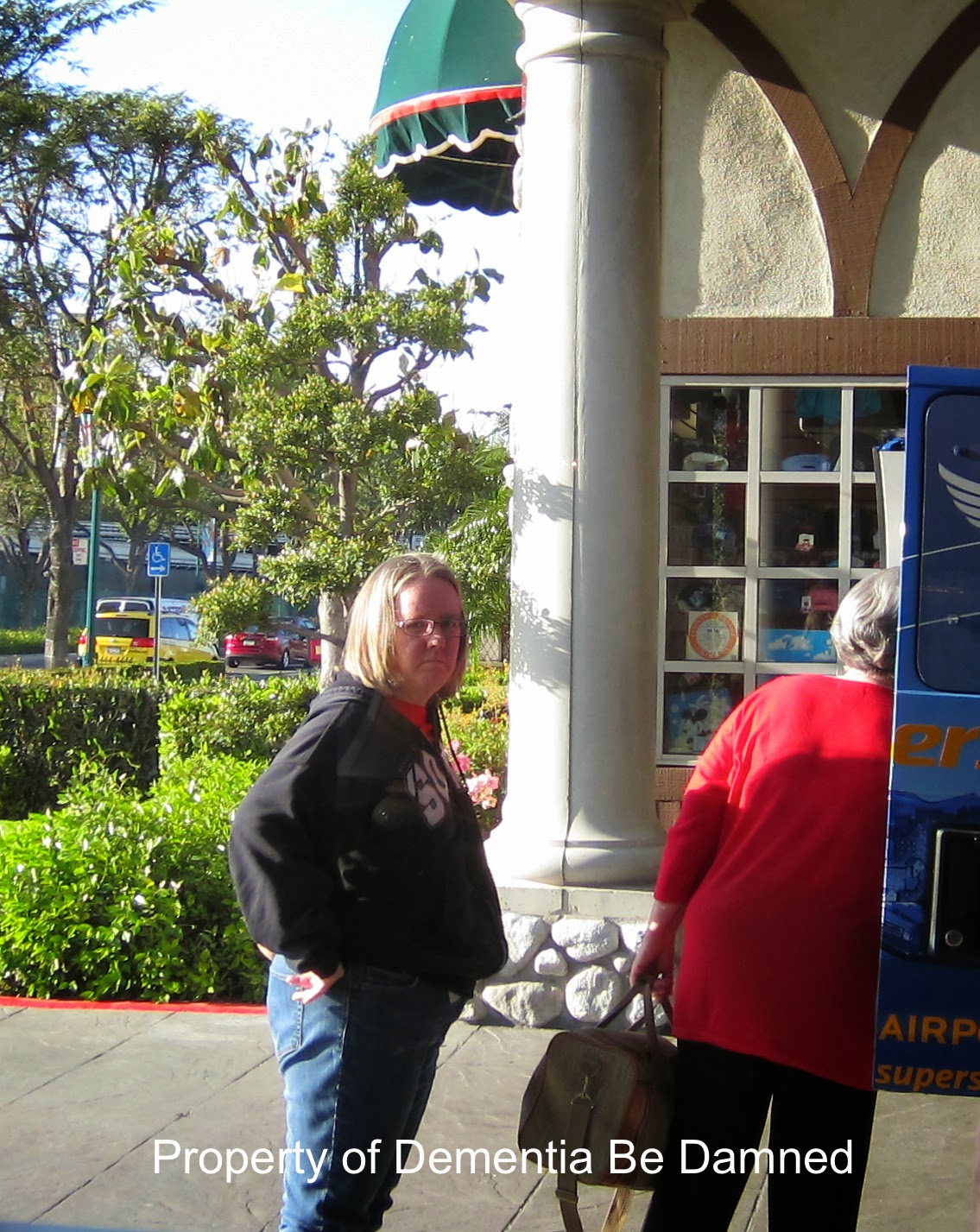 I didn't step out to greet them.  I tried to sneak a picture or two of them through the lobby window as they unloaded from the shuttle. 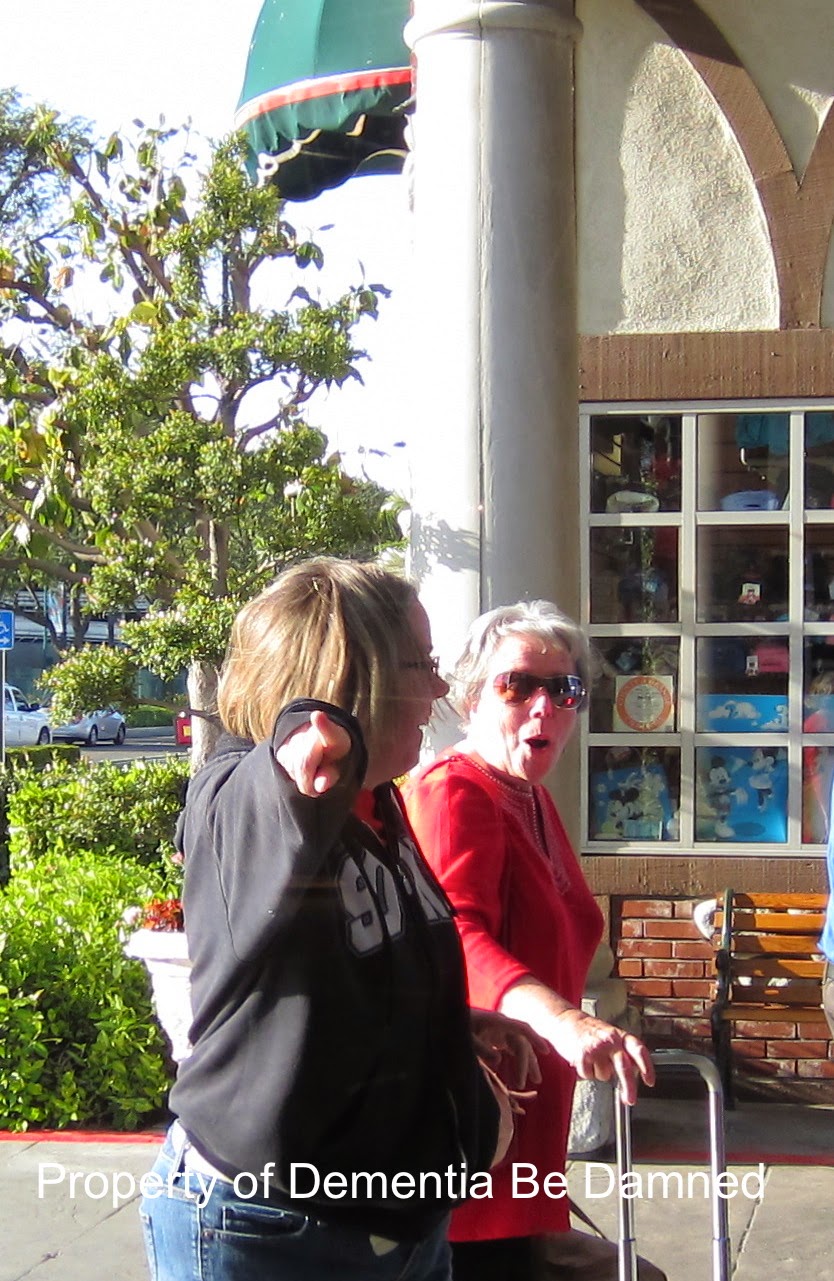 She spotted me and recognized me even through I was out of context.  Mom, of course, played along. 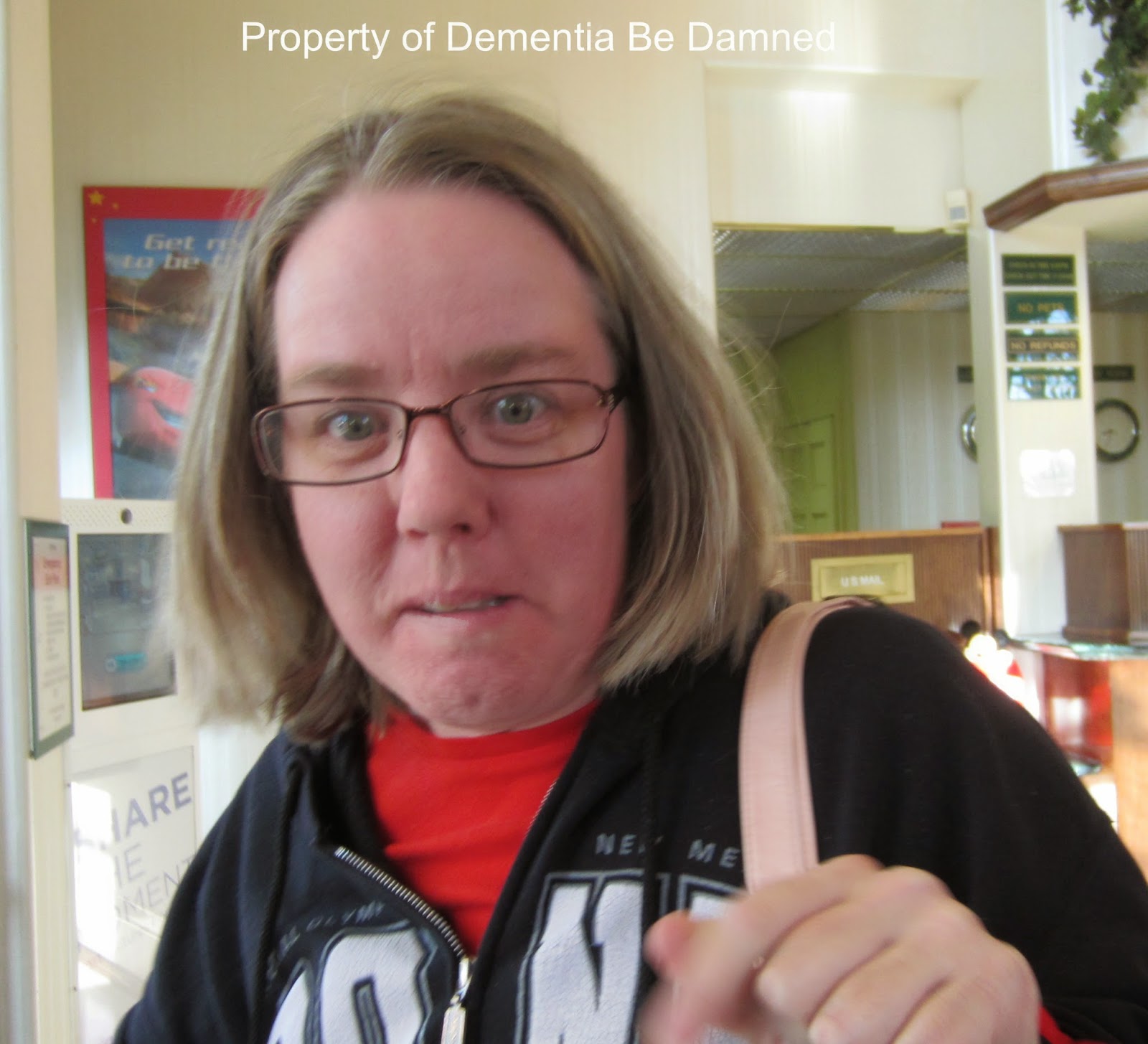 She was not mad to see me despite how this picture looks.  She was excited and completely surprised.  It started her Disneyland trip off on a good note.

After getting checked into their room, the three of us were able to walk down the street for a bite of dinner.  Lyn had done well on the flight and was so happy that there was no issue with being out as the sun was setting.

That night, they discovered that their hotel room gave them a perfect view of the nightly fireworks at Disneyland.  All they had to do was open the curtains to enjoy the show.
Email Post
Labels: A Good Day Travel