Before my vacation, I noted that Lyn is having increasing difficulty getting her words together so she can convey her thoughts and be understood.  This is a common symptom of Alzheimer's.  However, with Lyn, it is actually a return to early days.

When she was young, she had great difficulty speaking.  She wasn't able to say more than a few words until she was five.  Once she did begin to speak, it wasn't smooth sailing for her.  She still struggled to put her thoughts together and would get frustrated if she wasn't understood. 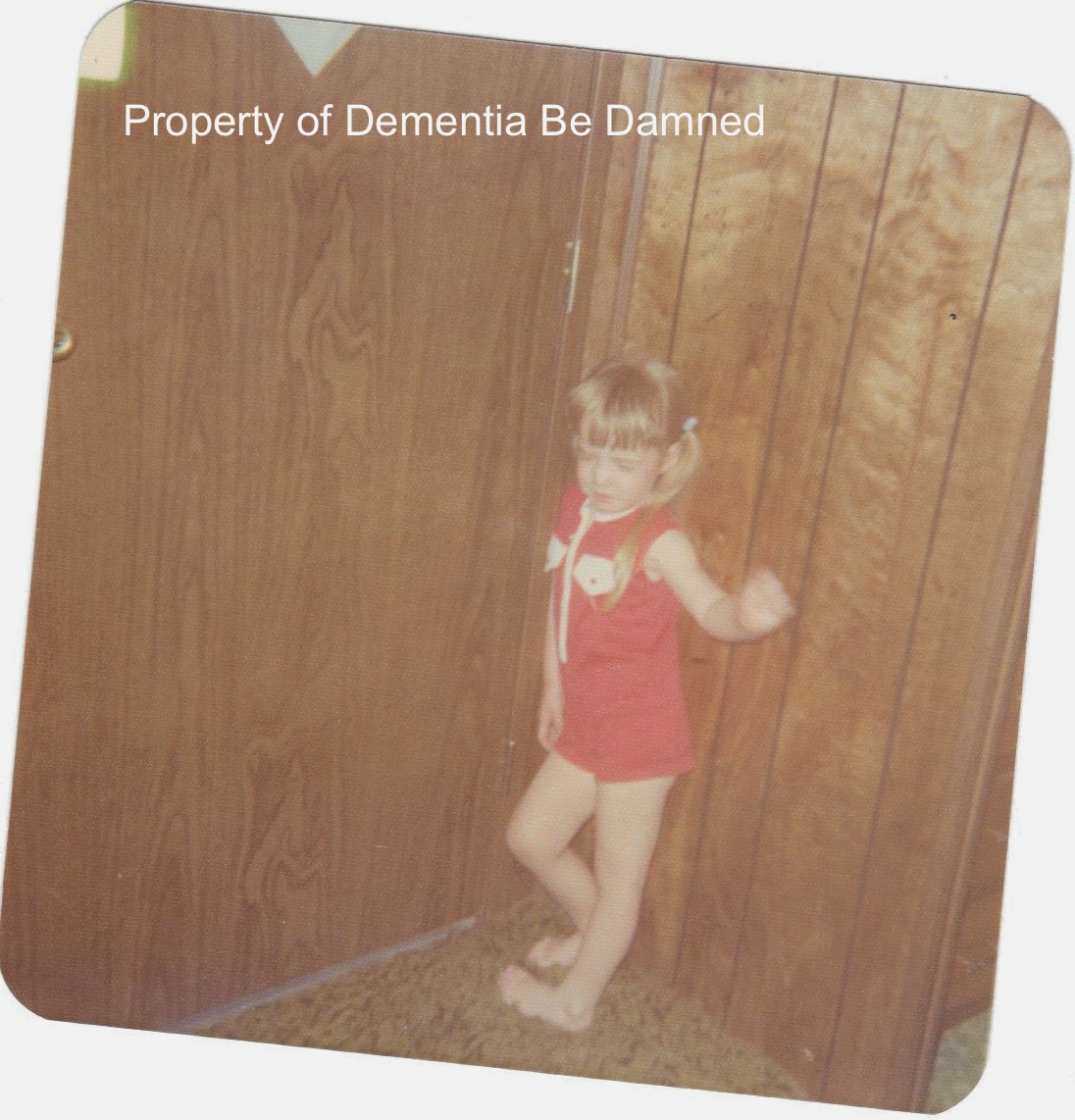 This picture was taken during one of those times.  She was so frustrated that she had gone to the corner by the front door to cry.

I look at this picture of her and see that same emotion for the same reason in her today.  She worked hard for a very long time to learn ways to successfully communicate.  She was very good at it.  If you spoke with her only socially or flirted with her, for many years you might not have realized that she was different.  It quickly became obvious if you asked her academic questions and even simple math could trip her up.  But she had mastered social communication.

Those days are long gone and we're back to the state pictured above.  Alzheimer's really is living your life on rewind.
Email Post
Labels: A Challenging Day Changes