In 1976, my family attended a family reunion in Kansas at the home of one of my Great Aunts.  Lyn was still mostly non-verbal at that point.  Lyn had decided it was her job to take care of our young cousin and the elder generation thought it was delightful that she was so attentive to him.  His mother welcomed the attention from Lyn.  With Lyn looking out for him so well, his mother could relax and enjoy the party.

He would wander off to see what was going on elsewhere and Lyn would intercept him.  If he zigged, she zagged.  Using no words, she'd gently take him by the hand and lead him back to where she wanted him. 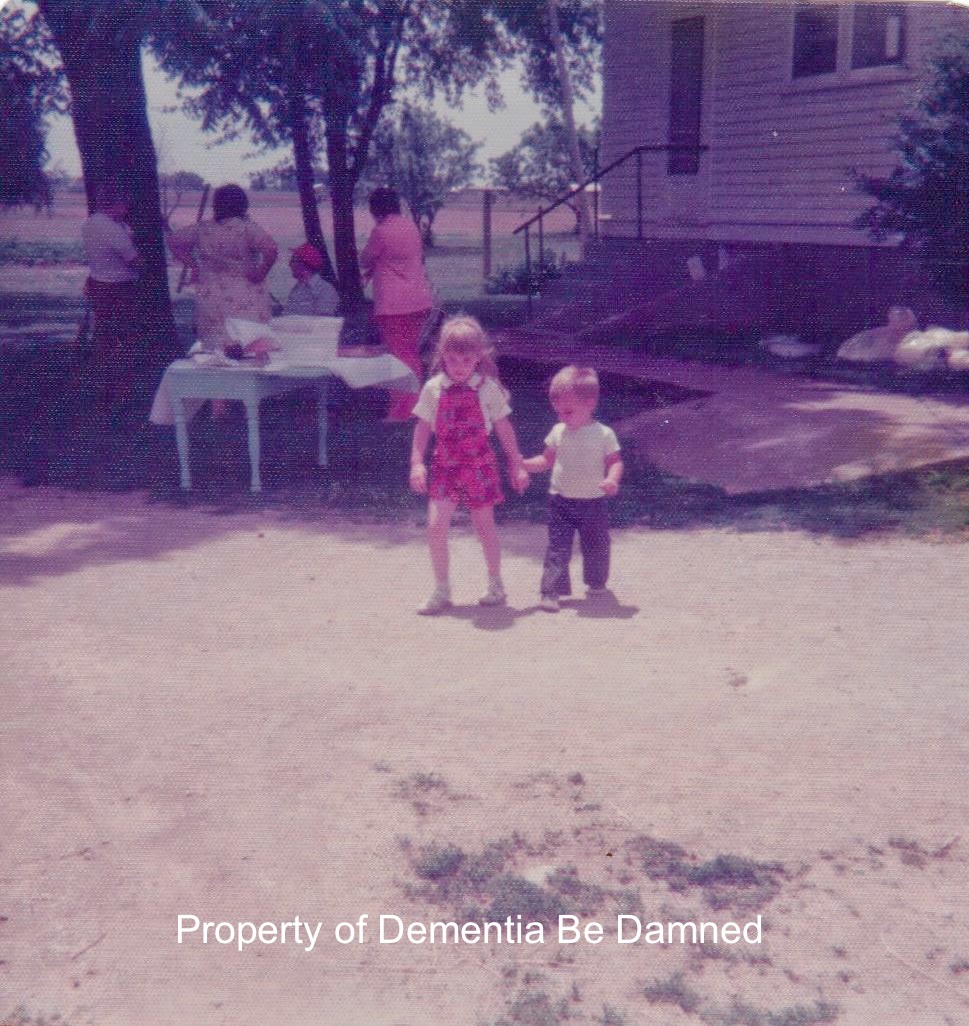 He never objected.  He would readily follow her.  A few minutes later, something would catch his attention and he'd wander off and the whole thing would begin again.
Email Post
Labels: Memories She makes me laugh