One of the challenging aspects of Alzheimer's is that it can cause personal conflict between the person who has the disease and the people they care about or interact with most.

We've seen some of this with Lyn when she can be ugly towards Mom.  We're fortunate that she really only acts out with a snotty tone or an ugly expression.  Only once did she use foul language and that was to mutter "Well... F--- You" under her breath to me a couple of years ago.  So, why is this fortunate?  She doesn't resort to violence or rages.  She doesn't scream or throw things.  She's not tried to hit anyone at any time to the best of my knowledge.   In the Alzheimer's world, that's fortunate.

My Grandmother wasn't violent either.  Her anger was directed to cutting words like the time she disowned me.  She would pit one member of the family against another.  Usually, my Mom was the focus of her verbal and emotional attacks because Mom was her primary care giver.  Grandma was pretty high functioning for a very long time and people didn't really believe that her brain was diseased.  As a result, she could tell her sisters that Mom refused to take her to the store or church.  It didn't matter than an hour earlier Mom could come into her room and say "Mother, I'm going to the store.  Would you like to come?"

Grandma's sisters believed her and never questioned if Grandma's reality was different than the rest of ours.  Grandma couldn't remember if she went out in the morning.  She couldn't remember the last time she had gone out.  Thus, Mom was clearly keeping her confined to the house according to Grandma's logic.  At that time, Grandma could still tell stories about her early days.  She could listen and manipulate a conversation so that it appeared that she was following along better than she really was.

Grandma passed 13 years ago as a result of her Alzheimer's.  She has been on my mind this week and I think, at some level, I remembered it was about this time of the year when she passed.  When I spoke with Mom yesterday, she confirmed that Grandma passed on July 12, 2001. 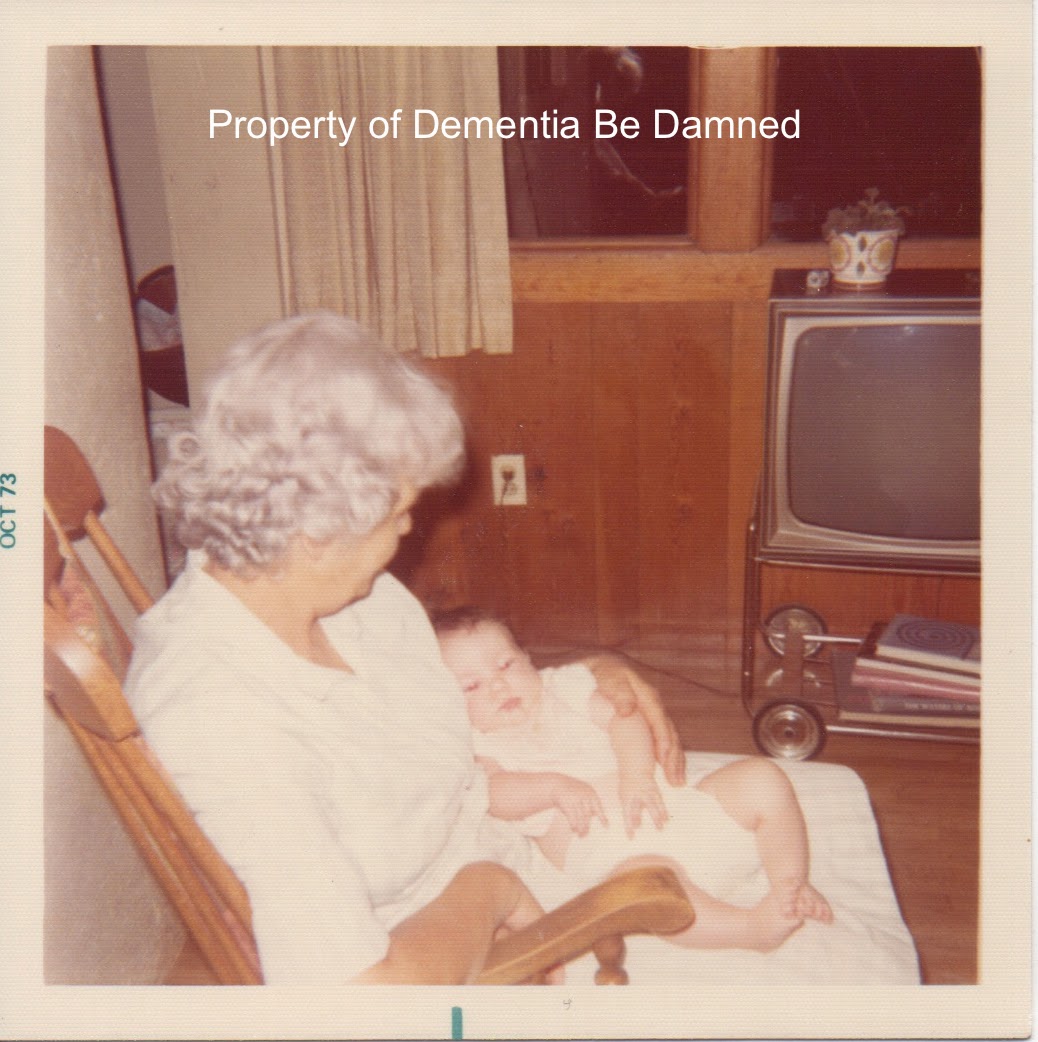 She was a loving and attentive woman.  She was beautiful even though her hair had turned white in her youth and the wrinkles had framed her blue eyes.  She could be tough and acerbic when she wanted.  Her decline did fracture our family and more than a decade after her death, some of those breaks remain.  Grandma's sisters never believed Mom took good care of Grandma.  Several of them later developed Alzheimer's themselves and I have to wonder how much of the family conflict was influenced by multiple cases of Alzheimer's.

I mentioned that she disowned me.  Her Alzheimer's was evident in the early 1990's if we had realized what was going on.  In 1992, I had decided to get married and was not marrying in the faith in which I was raised.  She refused to speak with me after I spoke to her of my intentions though she never held it against my (now) husband because "it was not his fault how he was raised."  I can laugh about it now though at the time I was deeply hurt and confused by her words and actions.  It took Lyn's diagnosis and my growing understanding of Alzheimer's to realize what had happened 20 years ago.

About 18 months before she passed, I was able to see her for the last time.  I couldn't make it home just before her death because I was in the final weeks of my pregnancy and advised not to travel.  When I saw her last, she spoke to me briefly but she had no idea who I was or how I was connected to her. 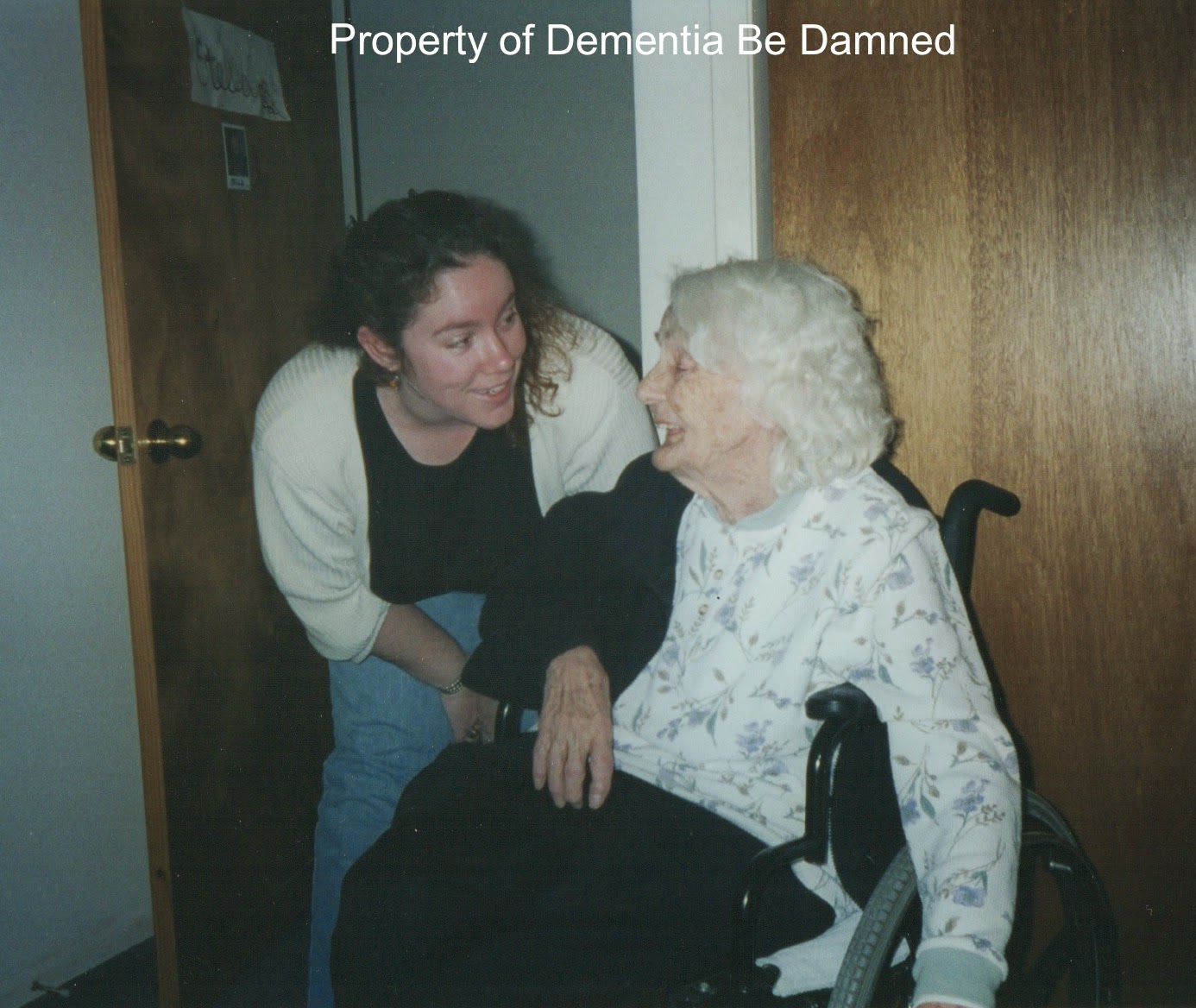 I was just some nice person who came to visit.