Late last week, Lyn took a sudden turn for the worse.  Within an hour, she went from her usual self to clearly ill.  The next morning, she didn't go to day hab and Mom took her to the doctor.  Lyn was diagnosed with a major sinus infection and an upper respiratory infection.  She's was prescribed a round of antibiotics.

The congestion is so intense that the oxygen appears to be making it worse.  She sneezed during the night and the mess was so bad that Mom had to strip her bed and scrub the headboard in the morning.

After three days on the antibiotics, she's still not turned the corner.  She's napped each day and stayed home.  She's home again today.  When I spoke to them yesterday, Mom was concerned because she was sounding like the infection was moving deeper into her lungs.  Hopefully, it won't.

Her speech patterns has been impacted.  Mom describes the change as though Lyn was speaking from her 5 or 6 year old self.  Her words are few and her sentence structure is shot.  We're hoping this is just a result of feeling poorly with the infection.  We're concerned that her speech may not recover well when she's over this.  Unfortunately, illness can result in dramatic changes and set back with Alzheimer's patients because the brain just cannot recover as it once did. 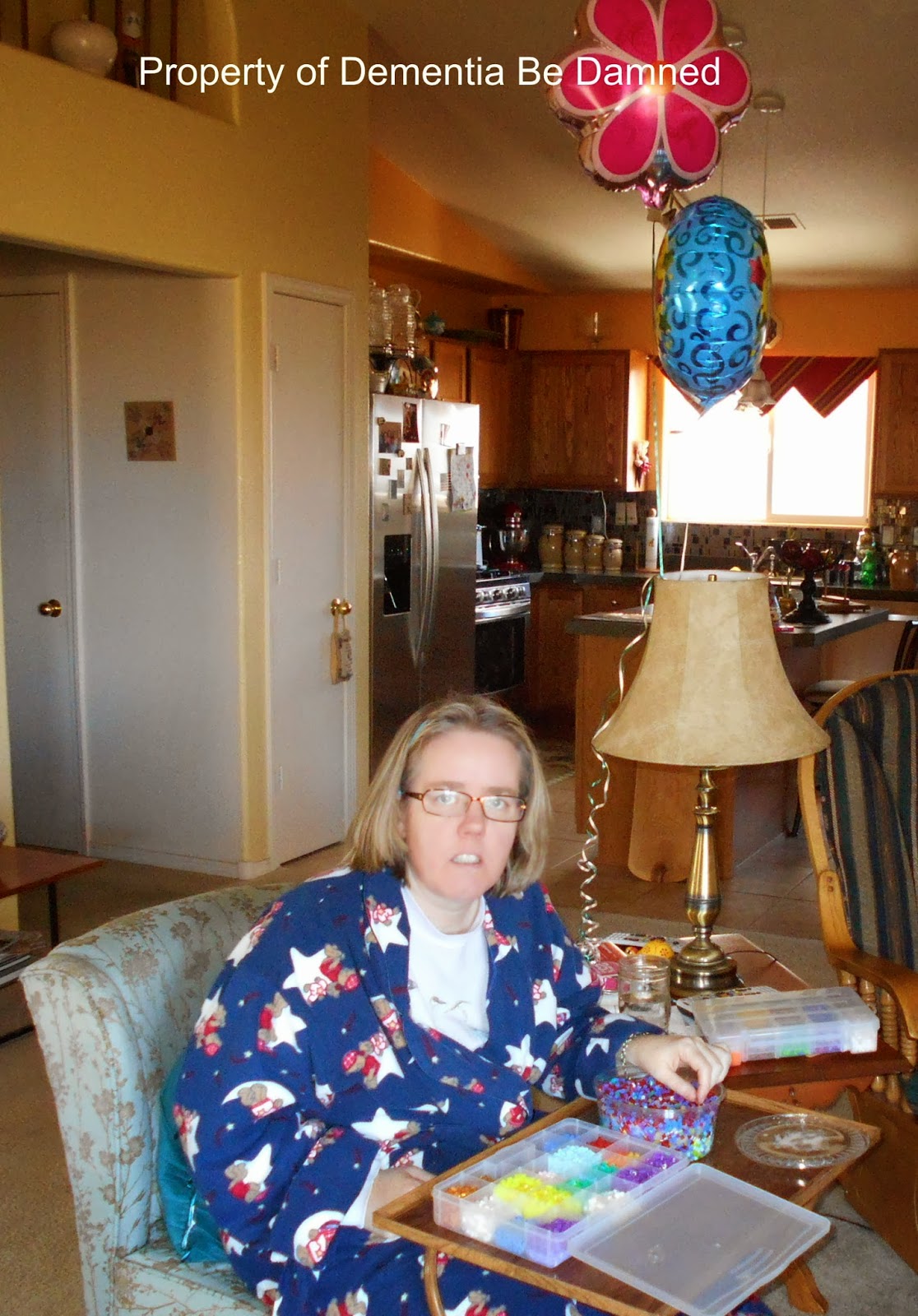