Lyn has, for weeks, talked smack about going bowling and beating me.  She was insistent that we add bowling to the list of activities for our visit.  We, of course, obliged.

We planned the day to start with an early trip to the zoo, lunch at Tim's Place and then round it out with an early afternoon bowl.  Lyn wanted to bowl first but was mollified when we pointed out that the bowling alley would be cooler than the zoo in the afternoon.  While we were at the zoo, she started suggesting we go to lunch after we bowl.  We pointed out that my youngest was hungry and should eat first.  As the morning progressed, she got more antsy to bowl and more irritable with me.

When we made it to the bowling alley, it was still an early hour.  However, I was fighting a major headache and the thought of 2 or 3 games was just brutal.  When Lyn started telling Mom we had to pay for at least two games, I quietly held up one finger over her shoulder, begging for mercy.  By this point, Lyn was seriously mad at me and the smack talk escalated.

She paid for her game and marched to her lane.  She got madder when she realized it would take us a few minutes to rent shoes, pay for our game and find balls that we could manage.  We're not the bowling enthusiasts that she is, after all.  By the time she could toss her first ball, she was in full arrogance and anger which she directed towards me.

I made the mistake of trying to take her picture and she snapped at me "Not now!"  If she had known how to flip her middle finger, she would have.  Instead, she flipped her whole hand at me.  I was startled enough that I lowered the camera as I pressed the button.  The shutter snapped as she whipped around to wait impatiently for her ball. 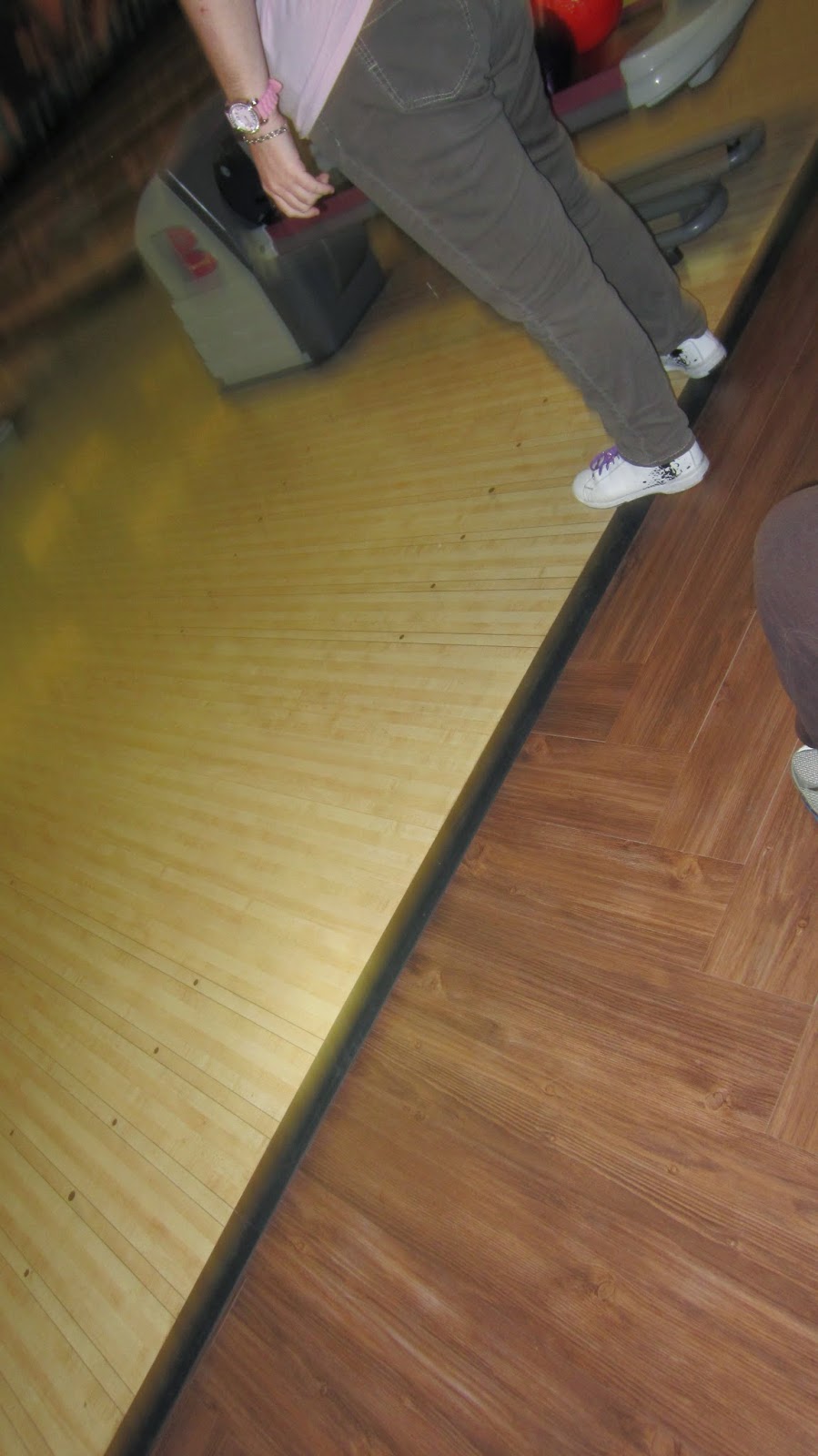 I put away my camera before wrapping my arms around Mom's neck and hugging her.  We both quietly chuckled as she apologized.  "She can be a real brat sometimes."  "Yes.  I know.  I won't take it personally though."  I laughed.

As the game progressed, she kept it up.  She would loudly challenge me each time I went to get my ball, trying to rattle me.  Normally, she's not one to show poor sportsmanship.  She historically has cheered others along while still being competitive.  This day, if we acknowledged her strike, she'd smirk and say "I know."  About the 8th frame, I finally looked over my shoulder after getting my ball and being verbally abused again and just said "Enough" and gave her my best Mom glare.  (You know the one.  It is the one that a misbehaving child can sense from atop a display they've climbed three store isles away and it makes them look in your direction where you mouth the words "Get down" and the child complies without actually hearing the words.  Yeah.  That one.  I learned it early and well.)  She snapped her mouth shut.

We wrapped up the game.  My head was feeling a bit better and I could have gone for a second game but wasn't interested in dealing with the attitude anymore.  So, we wrapped up.  Lyn won.  She beat us all by at least 9 points.  Some of us had a much larger deficit.  However, she was too angry to accept our congratulations.  She was even mad that she had to wait for the rest of the family to finish up on the next isle.

We had tears in the car on the way home.

She was hateful to me but it was only me towards whom she was hateful.  She didn't act out towards my family or Mom.  Mom usually catches the brunt of it.  From her perspective, it had to have been hard.  All she wanted to do was beat me at bowling.  She did.  However, the day didn't go exactly as she wanted and she struggled with it despite enjoying the three places we had grouped together for the day.
Email Post
Labels: A Mixed Day Bowling