The day was beautiful and called for us to hit the road.  New Mexico is having its first actual monsoon in years and is as lush as I can ever remember seeing it before.  The grass was tall and there was a profusion of wild flowers.  There were pollinating insects galore.  We were struck by the variety of native bees and thrilled to see hummingbird moths for the first time.  Even the park ranger who has worked there for over 20 years commented that he had never seen so much green there before.

The paths around the site are paved and proved easy for Lyn to manage with the use of her walking stick.  With all the sunlight and open spaces she was comfortable walking around.  As a result, we were able to stroll through the ruins, enjoying the sights.  (Later in the week, she struggled to stay calm in the Museum of Indian Arts and Culture in Santa Fe because the lighting was lower and done for theatrical effect.)

Lyn humored us as we toured the ruins before sitting down for our picnic lunch.  She had wanted to eat first but didn't argue.  As we came down the hill, Lyn took a moment to rest on one of the benches beneath a tree. 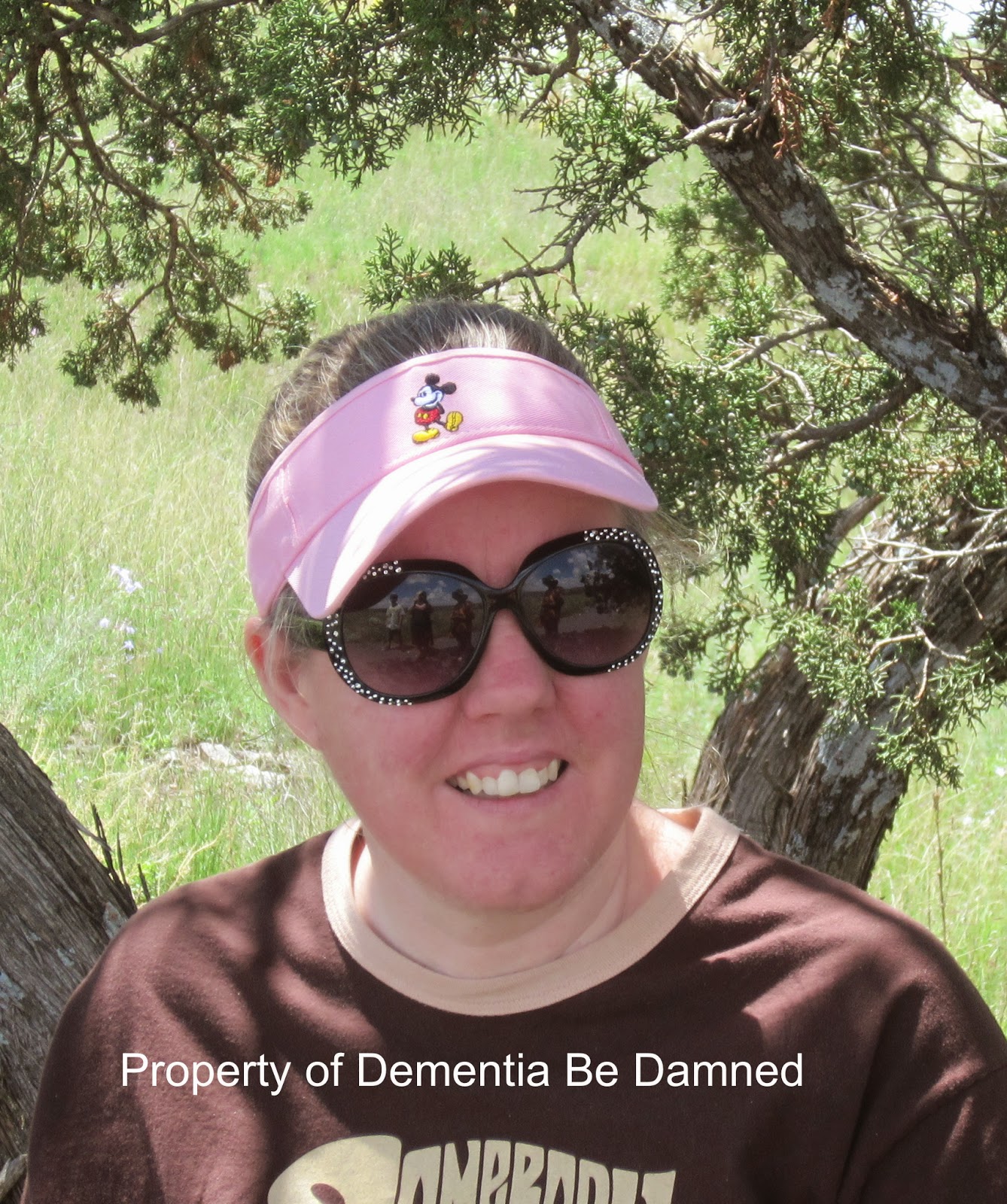 As she rested, the park ranger came down the hill on his way back to the guest center and greeted us. My eldest had a question and took the opportunity to ask.  We learned that the piles of rocks in each of the ruin's rooms covered a 50 gallon barrel which is buried in the sand that has been back filled into the rooms.  This is a crude drainage system, the ranger explained.  It is necessary to prevent the walls from being damaged by the ground washing away in heavy rains.  He admitted they were infrequent except for this year.

This exchange took just a couple of minutes and before it was over, Lyn had gotten up and walked determinedly away.  She did not even attempt to interact with the ranger.  That was deeply surprising to Mom and me given how much she likes to be the center of attention.  She had swung her cane up parallel to the ground was was making haste down the hill towards the car, never once looking back to see if we followed.
Email Post
Labels: A Good Day She makes me laugh Travel