Pretend You Love Each Other

"Pretend you love each other!"

It was a command, not a request, that Mom would issue just before we marched out the door into public.  It was a reminder that no matter what squabbles were being dealt with at home, we were to still show respect and common courtesy to each other.  As a single parent of children with special needs, Mom had a lot to juggle and expected our help along the way.

We needed these reminders to love each other though.  Like every sibling set I've ever met, we had our fights. 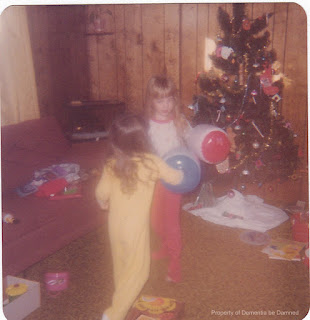 They weren't all with Sock 'Em Boppers and they were sometimes pretty rough.  I remember a particularly well placed kick from Lyn against my shin.  That kick landed Lyn in the ER with two broken toes.  I don't remember what that fight was over but I do remember she wanted to teach me a lesson.  It was probably the angriest I've ever seen her.

For the most part, Lyn just wanted to be included.  She loved being the center of attention.  She loves that even today.  When I came along, I was showered with her love right away.  She would play with me and talk to me.  She was a happy girl. 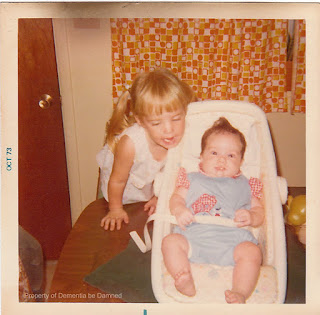 As we grew, she was a near constant companion.  We shared a room until our teens.  I wore her hand-me downs.  We shared the toys in our room and played with many of the same kids.  We were together so much that I served as her interpreter for many years.  When Lyn gets excited, her words get jumbled and she becomes a little hard to understand.  I would have to translate her thoughts even to Mom.

I don't remember a time when Mom told me I had to care for Lyn.  It was just something that happened.  There were times I resented Lyn.  There were times I was angry at her for being Lyn, for being different, for being always around.  Pick a reason.  I'm sure I've been angry over that too.  Heck, for a long time, I was angry that she woke up happy.  You see, she's a morning person and I'm most definitively not.

She taught me what she knew and did her best to guide me along.  She was my big sister who tried to take care of me.  Then one day, I realized that I knew more than she did and that it was never going to change.  I remember feeling like I was given something stolen from her and grieving that difference.  At that point, our roles switched and I became the big sister.  This annoyed her because she knew she was older and that meant she should have been the one in the lead. 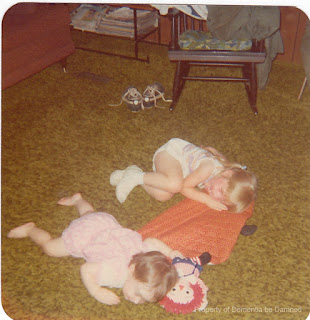 Even though I couldn't take a nap without her beside me, I wouldn't be the person I am if she hadn't been my sister.  And no, we don't have to pretend we love each other.