As I was doing laundry yesterday, I pulled a load of towels out of the dryer.  This simple, weekly chore evoked a strong memory for me.

When we were young, Mom usually did laundry on Saturday afternoons.  If we were in the house watching tv at the time that she pulled a load of towels out of the dryer, there was a very good chance that the person occupying the couch would have the entire toasty load dropped into their lap.  Mom didn't care who was sitting there.  Each of us got hot towels on us at one time or another.  Each of us also responded in much the same way.  We'd snuggle in a little deeper, inhale the clean scent and usually smile. 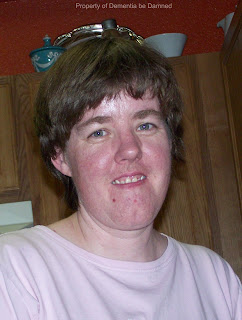 Mom wasn't asking us to fold the towels though that sometimes happened too.  (We were kids and were lazy when we could get away with it, after all.)  Mom was getting the towels to the couch where they would be folded and in the process finding a way to say "I love you" at the same time.

I think it is safe to say that we all loved this simple act; even Lyn.
Email Post
Labels: Memories