There was a time when Lyn didn't want to drink milk for any reason.  She doesn't like to drink water either.  So, she'd drink tea, Kool Aid, or Juice.  However, she didn't want to drink much at all.  Mom really wanted Lyn to drink more, especially milk because it was about the only source of calcium that Lyn would take.

One day, Lyn wanted to have some Oreos.  Mom told her that she needed to drink milk if she wanted chocolate of any kind.  She explained that there was a new mayor in town who was revamping everything.    The new mayor had set up a new division in the police department with the only purpose of patrolling and enforcing that people drink milk when they eat chocolate.  Lyn wasn't sure she believed it.

"Just ask your Uncle."  Mom told her because her Uncle wouldn't lie to her.

Lyn took her glass of milk and her Oreos out to the front room where she set them on the table.  She started closing the curtains and told Mom it was "to stay on the  safe side" from the chocolate police.  At that moment, as she was reaching to pull another curtain closed, a sheriff's patrol car drove by.  Maybe it was the motion of the curtains that caught his attention, he looked over and made eye contact with Lyn.

I don't know about the sheriff's officers in your area, but where Lyn lives, their uniforms are chocolate brown. 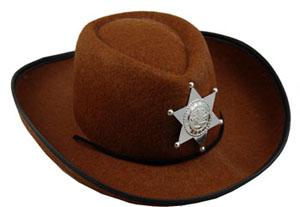 That Sunday the visiting Monsignor, another priest and our Uncle came to dinner.  During dinner, Lyn turned to our Uncle and said "I want to ask you a question."  Mom knew what was coming and tried to head her off with "Now is not the time."  Not only did Mom get The Look, but Lyn dared a Snap-Point. Mom was caught off guard and sat back.  So, Lyn proceeded to ask about the new police division.

Our uncle immediately caught on and confirmed with "Yeah, I know a couple of them."  Grandma, across the table, nearly swallowed her false teeth.  Our uncle was clearly telling a lie and confirming a lie from Mom.  This was just awful with two Men of the Cloth at the table.  Monsignor jumped in and told Lyn that he knew them too.  He had a Snickers bar taken away because he didn't have any milk and was now under special observation.

On the way out, Monsignor hugged Mom and thanked for her dinner.  While his arm was around her, he said "I'll be happy to hear your Confession on Sunday."  She asked who was going to hear his.
Email Post
Labels: Memories She makes me laugh